The Grand Pickle Wars
by: Wethecreature Inspired by: Webster

Long ago, (approximately an hour ago at the beginning of this piece of writing) in a land filled with Nubs, Butterflies, Rainbows, and happiness, the clock hit six in the morning. Slowly, a seemingly innocent creature crawled from a murky pond, carrying one singular green item, (One that I tend to put on sandwiches), a pickle.

Slowly, a storm began to rain down on the beautiful land, it smelled rancid, polluting the air, the same creature from earlier was swinging the pickle around, slicing through anything it could see. The Nubs ran throughout the land, hiding where they could. Yet, as the pickle sliced through things, more creatures began to appear, with more pickles. Many brave Nubs almost lost their hearing while trying to put the pickle fiends back in the jar, the screams of the horrid creatures almost breaking the sound barrier.

The Nubs had to make the last stand, any Nubs who would not agree with the Pickle Fiends' propaganda to use pickles as swords were forced to lose all their items and become anew. So, many brave Nubs went on many brave expeditions, some emptied the pickles into the dark depths of the void, others threw them into the chaotic fires of the nether. Then, there was one. One Pickle Fiend left, smirking, before receding into the shadows, never to be seen again.

(This is based on a true story!) 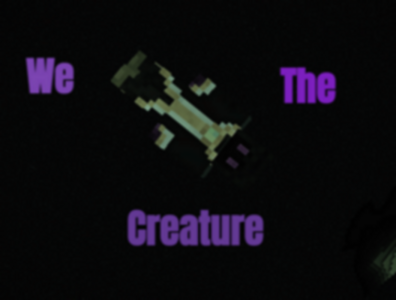